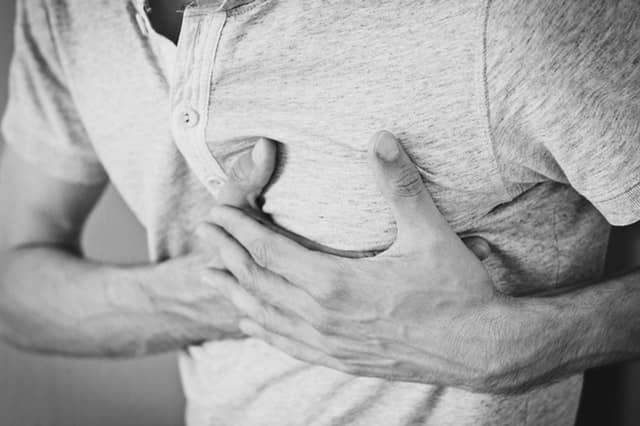 Bay Area Engineer James Thought He Was Unaffected By Stress. But Chest Pains And A Trip To The Doctor Told Him Something Different

James stood up from his computer. He walked around, grabbed a drink of water, but neither helped. The sharpness in his chest just wouldn’t go away. For nearly two weeks, the same aching and discomfort returned every day and always in the exact same spot. At first, he tried to ignore it, thinking it was part of a small cold or something. But instead of going away, it had only continued to get worse.

A previous smoker, James was worried that the chest pains were a sign of something more serious. As he sat on the examination table facing his doctor, he explained the intense spasms and their nightly recurrence. Less than five minutes into his appointment, his doctor had one word for his condition: stress.

James was taken aback; he wasn’t one to get stressed. An iOS developer, he had never felt like the fast-paced world of Bay Area tech was too much for him. Sure, he felt tired at times. But he could handle working 65-hour weeks. It’s just what engineers did. He had never felt nervous at work or too overwhelmed. His heart rate always felt normal and he had never experienced trouble breathing. Anxiety just couldn’t be the answer.

But a few tests later confirmed it. James was in fact very stressed. Though sweaty palms and an elevated heart rate are hallmark signs of increased anxiety levels, chest pains are also one of the most common symptoms. The body tightens and stiffens muscles at the onset of mental pressure. And though it’s a defense mechanism, it can be very painful.

The most effective way to get rid of these chest pains was to reduce the number of hours James was working. But this simply wasn’t an option at the time. He worked for a startup where work levels came in waves, sometimes allowing him to wrap up a day by 3:00 pm with other weeks requiring 12 and 14 hour days to get everything done. And unfortunately for James, his work was right in the middle of a high tide.

The doctor gave him a list of recommendations for managing his anxiety. First, he needed to accept the fact that he wasn’t immune to stress. He experienced it, just as everyone else does. Second, he needed to learn to recognize not only the signs of his stress, like the chest pains, but also be able to recognize when stressful situations might occur. This meant being able to plan ahead for those big projects that required extra hours and being prepared for them. Finally, the doctor provided James with a beta-blocker prescription to help calm his body during high-pressure moments.

Later that day, having taken his first beta-blocker and the doctor’s recommendations fresh in his mind, he returned to work. He took a seat in front of his computer, diving straight back into his projects. A few hours later he took a moment to pause. He didn’t feel the chest pains. For the first night in two weeks, he just felt normal.

Relieved that he had found a way to continue his work without any discomfort, James continued to take a beta-blocker every day for two weeks to get him through to the end of the project. After that, when his work hours calmed down and he was able to stick to shorter days, he focused on learning to recognize moments that caused him stress and when he might need a beta-blocker to help regulate his adrenaline levels.

“I think being able to recognize the symptoms and knowing when I’ll probably be in a situation that will cause me stress is just part of getting older. You just kind of learn to know when you’ll run into situations like this or maybe you’re just more prepared. But now, a couple of days in advance, I can look at a situation and say this might be a good opportunity to take beta-blockers and avoid some stress build-up. I think I’m just better able to spot things, especially now knowing that I can get stressed out.”