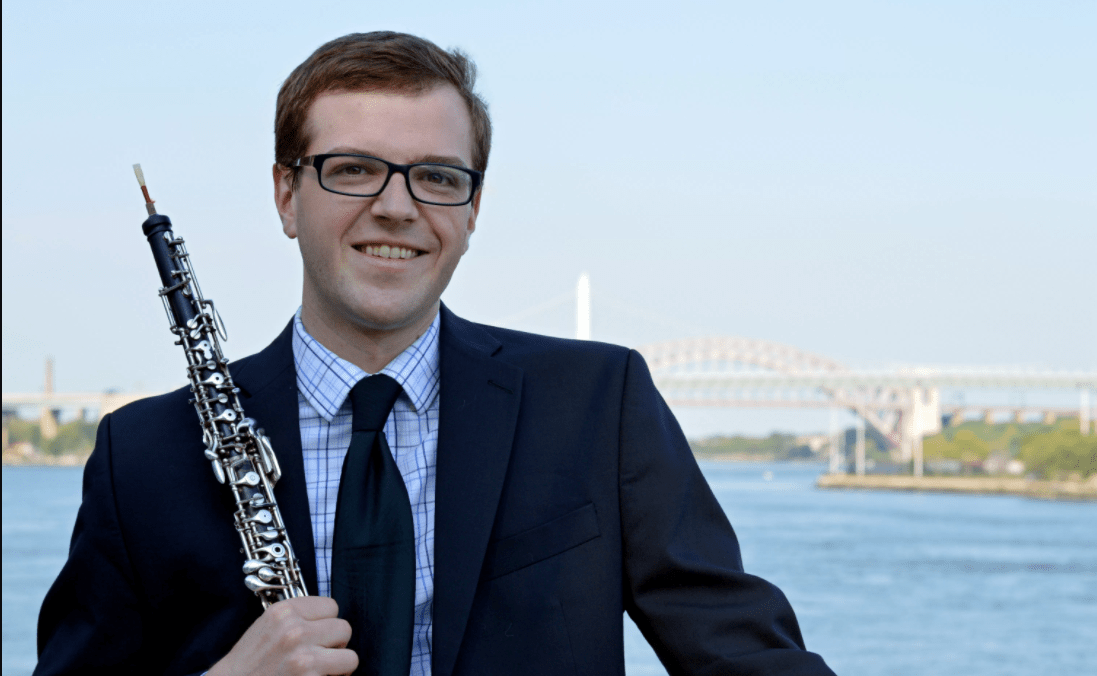 Jason Smoller took a seat in front of his audience, oboe in hand. He arranged his music and lifted his instrument. Before he began his first piece, he paused to take stock of how he felt.

Was his heartbeat quickening? No, it felt normal.
Were his hands shaky? No; in fact, they were steady.
Did he feel out of breath? No, for once, it was constant and stable.

Despite the people sitting in front of him, a group prepared to critique every note he played, Jason felt calm. It was nearly the same serene, peaceful feeling he had when he played at home with no one around.

Though Jason’s friends, family, and music teachers had gathered that day to hear him play, this wasn’t a real performance. It was more of a test, a way for him to find out if he had finally found a cure for his chronic stage fright through beta-blockers.

A senior in college, Jason had recently made the decision to attend the Manhattan School of Music. Playing the oboe was his passion, the one thing he knew he wanted to spend the rest of his life doing. He adored his instrument, reveled in the music, and even enjoyed performing. He did not, however, love the intense nervousness that accompanied his passion.

For nearly a decade, Jason had struggled with performance anxiety, often leaving him discouraged. “I would get up in front of people and my hands would shake, my breath would become shallow, and my mouth would become very dry, which is especially not great for an oboe player. And all of a sudden, it would just become impossible to sound like I know I can sound in front of people. I just went up and faltered. I hated that feeling.”

And when the stakes would become higher, like when Jason had an important audition or a crucial solo during a live performance, his symptoms would worsen. He recalls moments when he would become incredibly dizzy, despite the fact that he was seated. At times, the sensation became so strong that he would feel as though the floor beneath him would give out and he would fall through the stage that was holding him up.

Though Jason felt disheartened, he was never ashamed of the stress he experienced during performances. Rather, he had accepted it as something that was simply a part of him. And he was lucky in that he had family, friends, and teachers who were approachable and would willingly offer him help. But the advice was always standard: yoga, meditation, breathing exercises, none of which seemed to work for him.

But Jason refused to give up. Instead, he continued to seek out guidance, especially from other musicians he looked up to, the professionals he one day hoped to be like. Professional oboist and author Blair Tindall had released her memoir Mozart in the Jungle a few years before. In it, she outlined her own struggles with stage fright as well as the help beta-blockers had provided her in overcoming her fear.

Comforted by the fact that even a seasoned pro like Blair had experienced similar stressors and hopeful that he could find his own success by giving beta-blockers a try, Jason went to his doctor. Excited by the prospect that he had finally found something that could help him and wanting to give it a try as soon as he could, he organized a trial performance in front of his trusted friends and family.

From the moment he sat down to start playing, Jason realized the calming effect the beta-blockers were having. “I played, and I had this realization that ‘Oh, this is just Jason who happens to be playing in front of people rather than an alarming, all caps JASON PLAYING IN FRONT OF OTHER PEOPLE.”

Ready to give beta blockers a try during a real performance, Jason used them at his next concert. Again, he noticed the symptoms that had continuously haunted him for the past 10 years were suddenly absent.

“It’s not about feeling something. It’s about not feeling something. It’s about a sudden calmness, instead of having the normal reaction I would have where I’m shaking and I can’t concentrate. It just feels like it could be me in my living room and no one cares and I can just go and play. And then sometimes it feels like ‘Oh, I’m in this moment. I’m 100% here. Why don’t I try something creative? It gives me the freedom to explore what’s happening,” says Jason.

It’s been several years since that practice performance in his living room and Jason continues to use beta-blockers for auditions and concerts. However, he’s noticed that he doesn’t need them quite as often as he once thought he did. And in fact, Jason’s grown an appreciation for the on-stage adrenaline rush he used to dread.

“A lot of people say that stage fright is a positive nervousness that helps you do better. And I think there is something to that. I don’t take a beta-blocker for every performance. There are some performances where I know the crowd, I know the group, so I don’t feel nervous beforehand. And I go into it and then there’s this 26 bar English horn solo that I’m going to play. And then I do get a little jolt of adrenaline. And it makes me a little shaky but I don’t lose control and I like that feeling. That’s not something I want to lose because it does make you hyperaware,” says Jason.

So now, before every performance, Jason takes a moment to assess how he’s feeling. And he’s learned to gauge whether or not a performance or audition is a high-pressure enough situation for him to need a beta-blocker.

“It’s something I take a look at every time before I go on stage. I’ll ask myself, ‘Do I need this?’. I know there are some oboists who take a beta-blocker before every performance. Do I really want to be reliant on this to play the oboe? The answer is no. I want to be able to do this and, in a perfect world, I would never need a beta-blocker. But the world isn’t perfect and neither am I,” says Jason. “So I like to assess the stakes. Am I going to get through it and then have a little bit of adrenaline? Or is it going to be 3 minutes of my life where I wish I had taken a beta-blocker?”

Jason Smoller is currently the Executive Director of the Greenwich Village Orchestra in New York City. He also acts as an Associate Director of External Affairs at The New York Pops.