Oftentimes, job interviews are nerve-wracking, stomach-twisting experiences that magnify stress levels. But thankfully, they’re situations most of us encounter only every so often.

The same can’t be said for actors, however, who rely on job interviews, or auditions, to book work on an ongoing basis. And the pressure that comes with constant auditioning can often be amplified by rejection, negative feedback, or even no feedback at all to help them prepare for the next one. This can leave them feeling out of control in their careers where so much is at stake.

Instead of allowing her students to run away from their nerves, she encourages them to embrace and channel them into their work: “That energy, that nervous energy is actually very important. If you can find a way to channel it into a character who’s asking her boss for a raise, or a man asking his girlfriend to marry him, or the president who is dealing with the next world war, it can help you. If you can put that energy into the context of the scene, instead of finding a way to get rid of it, then you can make it work for you rather than against you. You stop thinking about your nerves as a negative, a liability and instead channel it into support for your talent.”

But an actress herself with impressive experience in Broadway, television, and film, Jeanie also knows that too much adrenaline can be detrimental rather than helpful.

In her late twenties, Jeanie auditioned for the Actor’s Studio in New York, a place where famous and upcoming talents were invited to work with the great acting teacher, Lee Strausberg. For any actor, being accepted into the studio at this level was not only a considerable honor but also a step up the career ladder. The importance of this day hadn’t escaped Jeanie. After the sudden death of her husband, she had put her blossoming career on hold. This was a step toward getting back into her work and starting to let go of the pain and despair she felt with her husband’s death. She put in an enormous amount of time preparing for it.

But in the moment, something wasn’t quite right. Just above her right cheek, Jeanie felt a muscle in her face twitching, a pulsing, spastic feeling that just wouldn’t seem to stop. It was strange, something she had never experienced before. Not only was it distracting as she performed in front of the highly esteemed actors and directors on the panel, but it was embarrassing.

She couldn’t concentrate on the scene. She wondered if the panel of judges sitting in front of her could see her face moving. It was humiliating for her to think that they might notice, that they might shift their focus to the curious flutter on her face instead of the work she had painstakingly prepared. And she was unable to concentrate on her intentions, her character, her lines. Never before had she felt out of control like this, unable to maintain discipline over her own body. She was furious, frustrated that her body was betraying her in such a pivotal moment.

She hadn’t known what to think of the experience but decided it must have been first-time-back nerves. This was, after all, the first real audition she had done in six months. Trying to be patient with herself, she decided to ease her way back into her career with regional theatre work at a company she had previously worked with, where she could be freed from the pressure of auditioning for a while.

Several years later, after her confidence mostly returned, she found herself in a play where, out of the blue, she became paralyzed with a fear of forgetfulness. For the first time in her career, she seriously doubted her ability to remember her lines, lines that she had spent weeks working on in rehearsal. As she stood up to begin speaking, her mind began to scream “I’m not going to remember the next line. I can’t remember what comes next”.

Jeanie had never before experienced this kind of struggle to remember her lines. She was both afraid and angry with herself at not being able to feel the control she knew she once had. And she didn’t understand: “We feel like this is our body, our voice, our movement. For actors, being a living, breathing life-like person, is our job. If we fail at being able to truthfully portray human beings, we have failed ultimately in our careers. As an actor, if you’re failing at performing, it’s awful.“

Jeanie had begun to feel helpless. None of her tried-and-true methods for being concentrated and focused seemed to be enough to prevent her adrenaline from spiraling out of control. She didn’t know what else to try until a friend and fellow actor recommended she try a small dose of beta blockers to lower her stress levels. After consulting with her doctor, she took the beta blocker right before her next audition.

And immediately, Jeanie noticed an enormous difference. Despite still feeling nervous, she entered the audition room feeling like herself, without too much adrenaline flooding her system. There was no twitching above her cheek. Her mind remained clear. She was finally able to be present, spontaneous, and even creative during the audition as she had once been able to do. Most importantly, she regained the confidence she needed to continue working in a career she loved.

Over the years, Jeanie branched out from acting to directing, teaching, and writing. As a director, she has also occasionally used beta-blockers when approaching a particularly tense rehearsal day. As she began to teach and coach actors, she noticed that many of them were having the same experiences she had with auditioning.

“L.A. is the Olympics of acting,” she noted. “There are hundreds of people up for every job. It’s really competitive. So you can’t afford to not to be in great shape — physically, emotionally, and psychically. You must exude confidence, or they’re not going to take a chance on you.”

Over the years, as she saw highly talented actors get in their own way because of audition anxiety and nerves, Jeanie has often suggested that they find out more about beta blockers. Even just last week, one of Jeanie’s students approached her with an all too familiar problem. The young actress, who had had a strong start in her career, had recently experienced a few personal struggles and had begun fumbling her auditions. None of the breathing exercises of mental tricks she had relied on in the past seemed to work anymore. She was frustrated with her own body and unsure what to do about it.

Recognizing pieces of herself in her student’s story, Jeanie recommended that she ask her doctor about a beta blocker prescription. Her student called her doctor that very day and had the beta blockers on hand for her next audition: “She just felt like herself again going into the audition. I know they helped her and I believe she was even called back for producers. She hasn’t heard yet, but my feeling is that she’ll book the job.” 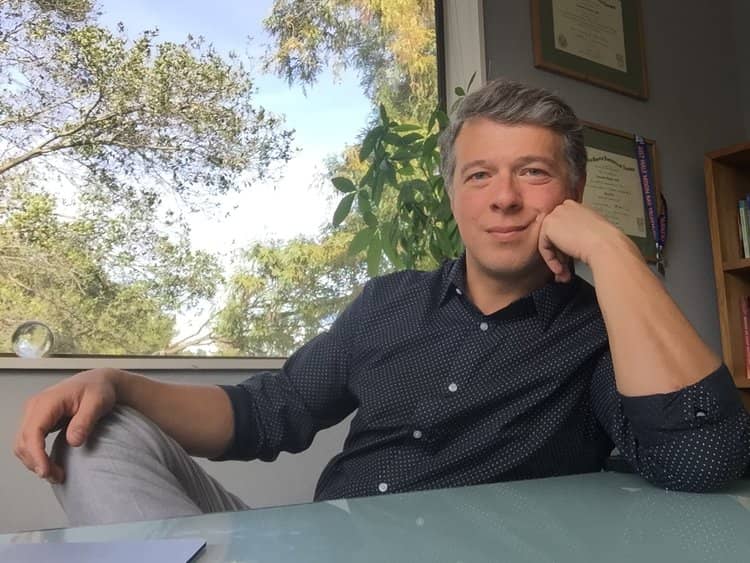