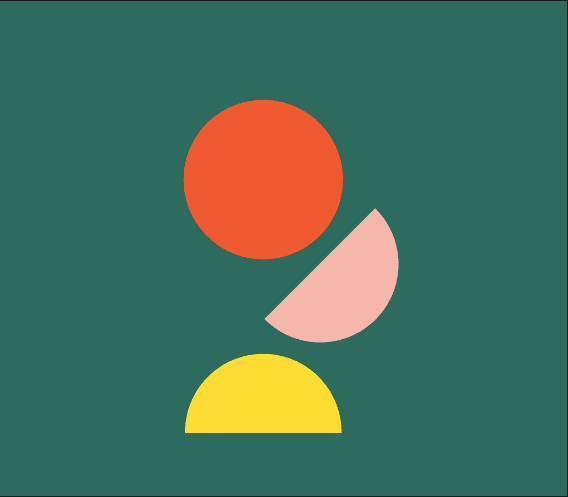 It was one of those conversations she wished could just be over before it even started. She had spent days thinking it through, coming up with exactly what she had wanted to say. Standing in front of the mirror, she had run through the same words over and over again until she had convinced herself that she could get them out perfectly.

But even still, she was dreading the moment when she would have to move out from behind the mirror, look him in the eyes, and say those same words to him.

Nadia had agreed to meet her ex for drinks that evening. It was meant to be a final conversation, one that would lead to closure. But as the day went on and the time for her to leave work and meet him crept closer, she had begun to regret her promise.

What if I say something I regret?
What if I feel something for him?
What if he says something to change my mind?

Nadia had already decided that moving on was the best thing for her. But she also knew that her feelings could sometimes get the best of her, especially when it came to him.

“Sometimes the things your body tells you can help determine what thoughts you form. And I wanted to control that part so that my thoughts would tell me a different story. I wanted to focus on being rational rather than emotional,” said Nadia.

How could she make sure that she could lead with her head instead of her heart? How could she get the confidence to get past all of those what-if’s running endless loops in her mind?

Nadia closed her eyes, wishing the day were already over and that this one thing, this one conversation was out of her way.

Everything else was going so well for her. She had just received a promotion into an executive position within her company. She was leading her own team, directing key decisions, and making a true impact. It was everything she had been working so long and so hard for.

But it almost hadn’t happened.

Though the promotion meant Nadia would finally be in her dream role, it also meant taking on more speaking responsibilities. She didn’t necessarily have a fear of public speaking, but it wasn’t something she necessarily loved either.

With a background in venture capital, she was well-versed in standing up in front of groups, both small and large. But despite having dozens of successful presentations under her belt, she still found herself laying wide awake nights before big presentations, unable to sleep, imagining terrible scenarios.

“I used to experience my heart racing and I remember I couldn’t focus. I had feelings of anxiety. It was almost impossible to even think about what I was preparing for. I had a hard time thinking about what came next and remembering what I had to say next.” said Nadia.

She loved what speaking had done for her career, but she hated what it had done to her stress levels. This promotion meant so much to her, but she shuddered at the price it could come at. More sleepless nights. More days filled with seemingly never-ending anxiety.

But Nadia had taken the promotion anyway. She had decided that she couldn’t let the stress of public speaking get in her way. She had worked too hard, come too far. And this promotion was her reward for all of that.

The night before her first big presentation as a company executive, she had thought back to the year before. She had met up with an old friend, who relayed story after story of successful pitches he had been giving to investors.

Nadia had to stop him mid-story. She knew he also had a fear of public speaking. They had shared their speaking horror stories with one another and had helped build each other’s confidence up nights before presentations. How was he so confident now? She had to ask.

He had received a prescription from his doctor for a small dose to take an hour before giving his pitch. Walking into those presentations, he wasn’t shaky, his voice was steady, and he was fully focused.

Nadia had thought about her own stress, about her own sleepless nights. She thought back to breathing exercises, power poses, and all of the other things she had tried that proved to be useless. Envious of her friend’s newly found confidence, she immediately booked an appointment with her doctor and got a prescription for herself.

Beta-blockers had been a lifesaver in her new speaking role. The first time she gave one a try, she remembered being surprised at how little it actually affected her. She didn’t feel drowsy. Her mind was sharp. And her anxiousness was virtually gone.

“I notice an immediate difference if there’s any sort of stress. It changed the level of comfort and confidence I had before speaking,” said Nadia. “It’s the initial times where you have this irrational fear and then you start to realize that it’s not that bad.”

And now, as she sat watching the clock tick closer and closer to the time when she’d have to face up to her ex, Nadia craved the confidence she felt on stage in those presentations. So she reached into her desk and pulled out a beta-blocker.

“I didn’t want to feel anything when I saw him,” said Nadia. “So I took a beta-blocker before hoping I wouldn’t get that heart racing feeling and then associate that with seeing him and go back into ‘Oh, I still have feelings for him’.”

She arrived at the restaurant, taking a moment to pause before going in. She was still nervous and she still really didn’t want to be there. But she was also noticeably calmer. Her heart had stopped racing. Her mind was clear. And she was able to focus on what she wanted to say, what she needed to say.

“It’s kind of like going to a scary movie with someone on a first date. You get this heart racing and this rush and you associate those feelings with that person. And so I wanted to do the opposite. I was going to go out with someone I didn’t have feelings for. But I didn’t want to come away seeing him again and maybe start to feel those things again. So I took it, and it was almost the opposite. I remember thinking ‘huh, maybe I don’t have feelings for him' because I didn’t have that physical reaction,” said Nadia.

She left the restaurant an hour later feeling at peace. She had said what she had come to say. No racing heart to confuse her. No cloudy thoughts to distract her.

She was finally able to just move on.