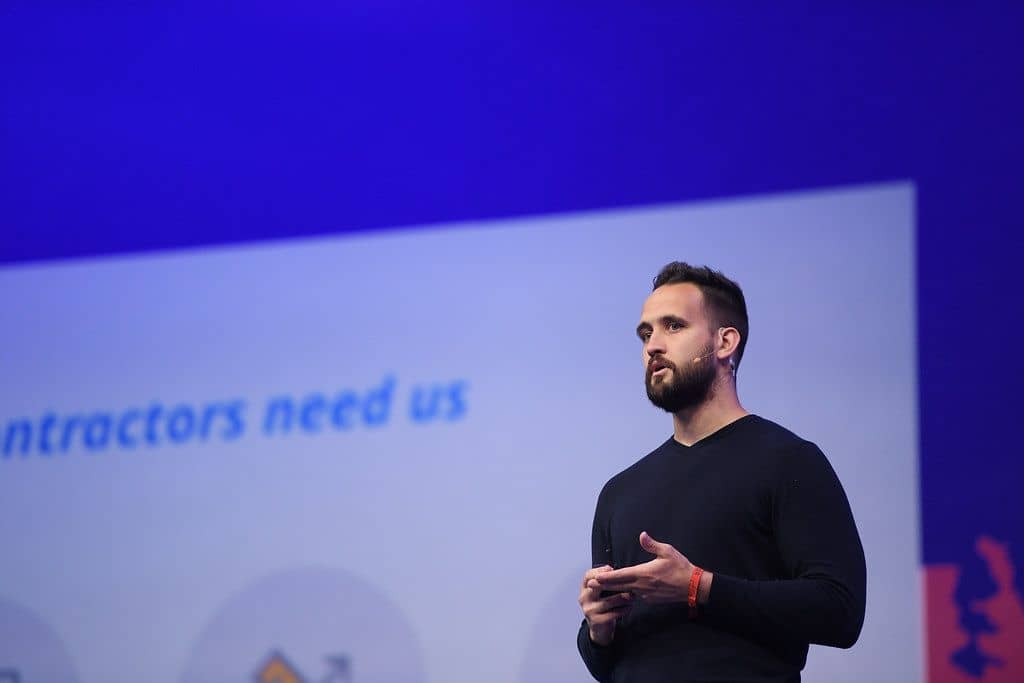 Y Combinator company founder Richard Nelson had struggled with stage fright for as long as he could remember. He had grown up a shy and nervous kid, one who dreaded having to stand up in front of his class. Anytime a teacher would call on him, he would begin to shake and feel out of breath. He would stumble through presentations, beating himself up afterward, believing he was a failure.

By the time Richard reached college, things had gotten much worse. His fear of presenting had evolved into social anxiety, one where he could barely speak up in front of others at all. In one class, Richard even had to leave after experiencing a panic attack as he started a presentation in front of his classmates. But he continued to just think of himself as a nervous person.

“And then it got considerably worse, to the point where I was scared to pipe up in a meeting when I was at work. It was to the point where I would avoid applying to certain positions at work because I was afraid of having to talk or be more of a leader and run a board meeting. It was holding me back in my career. And that’s when I realized ‘Ok, this is a problem that I have to address’,” remembered Richard.

A third-generation roofer, Richard was passionate about his industry. He dreamed of being at the forefront of bringing new solutions that could fix the lack of transparency and poor quality that had long plagued the roofing business. He wanted to create meaningful change, but he felt constantly in his own way.

Tired of limiting his career and determined to find help, he reached out to a psychologist who recommended he try Toastmasters. Richard wasn’t comfortable at all during his first meeting. But over time, he slowly started to feel more comfortable standing at the front of the room.

But those anxious feelings he felt as a kid continued to be present, no matter how many meetings he attended.

Around the same time, Richard read Richard Branson’s The Virgin Way, where he stumbled across this passage:

“One inescapable reality of business life is that the more successful you become and the higher up the corporate ladder you climb, the more frequent the requirement for you to step up to the microphone. Unlike in government circles, where the ability to deliver a great stump speech gets a lot of otherwise distinctly mediocre politicos elected, in the private sector, as helpful a talent as it may be, I doubt that too many people ever got hired or promoted strictly on the basis of their public-speaking abilities. The other sad irony is that while teleprompters are a wonderful crutch for those really big speeches- with a teleprompter, a few beta-blockers, and the ability to read, just about anyone can turn in a reasonably respectable performance – those little glass screens are not something you can easily swing with smaller audiences.”

Richard had never heard of beta-blockers before, but he immediately became interested and started researching. His doctor recommended trying a small dose at his next Toastmasters class.

Standing up to take his turn at the podium, he noticed a distinct difference in his anxiety level. The normally present shaky hands and breathless feeling weren’t there. That first speech using beta-blockers left Richard feeling hopeful that he could actually become a more confident speaker.

In 2017, Richard and Roofr, the startup he had founded the year before, were accepted into the prestigious startup accelerator Y Combinator. On the first day of the program, he was handed a schedule for the upcoming weeks. It was full of presentations, all of which were to happen in front of big audiences packed with A-list investors – Investors he had heard about and read about in the tech press. Investors who could supply the capital that might decide the fate of his young company.

Two years prior, these presentations were something Richard would have been too scared to face. But having practiced presenting at every opportunity he could in the months leading up to Y Combinator, and having a cache of beta-blockers to block his anxious feelings, Richard felt at ease, excited even, about his upcoming presentations.

“I’d be thinking ‘Ok I’m gonna be on stage in 5 minutes. What if I have a panic attack? What if my hands start shaking or my hands tremble?’ But knowing that the beta-blockers will block those symptoms, that increases my confidence that I’ll be able to deliver a good presentation,” said Richard.

In the video of his final YC Demo Day presentation, you can see that Richard has become a more confident presenter.

Richard’s self-assurance has allowed him to shift more of his focus onto growing Roofr. The company has reached more than $200,000 per month in merchandise value and has experienced 50% monthly growth.

Yet while Richard credits beta-blockers for helping increase his public speaking confidence, and has even recommended them to several friends, he notes that the drugs themselves aren’t enough.

“If you just take beta-blockers, and you don’t practice talking in front of people, it’s not going to work. You’re still going to be nervous. But what the beta-blockers will do is bring you out of that hump with practice,” notes Richard.