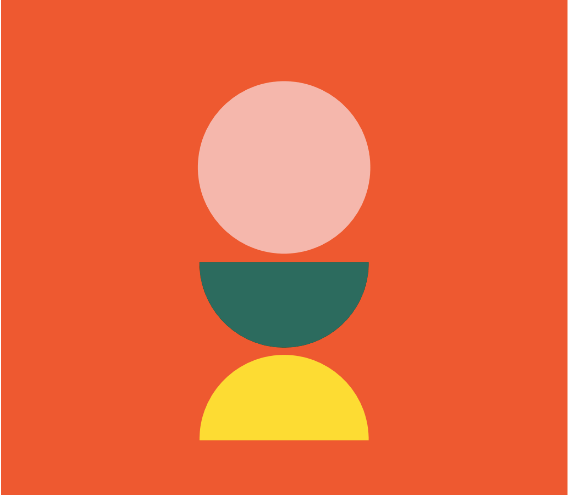 Anxiety is a feeling of uneasiness or apprehension. It can be a pounding heart during a presentation, feelings of worry leading up to a job interview, a sense of self-consciousness walking into a room full of strangers, or nerves before a big exam.

Anxiety can present itself in many different forms from restlessness to fatigue, extreme focus to an inability to concentrate. It can bring along with it deep emotions, intense thoughts, and distracting physical symptoms. It can be felt very slightly or at incredibly overwhelming levels. It can sometimes be anticipated, though it has a tendency to sneak up on those who least expect it.

In many cases, anxiety can be extremely beneficial, helpful even. It can help make a person feel like they’re “on”, energized, ready to go. It can also send a signal to someone that they’re in an unsafe situation and should move on.

But while anxiety is nature’s helpful little way of bringing us to attention, too much of it can be harmful. Everyday feelings of worry and anxiety or the sense that daily situations have become overwhelming could be indicators of an anxiety disorder. And though anxiety is one of the most common diagnoses in the country, it’s also one that often goes untreated.

Seeking help to manage worry and learn to cope with uncertainty is an important step in not only preventing worsening symptoms but also in learning to face your fears and achieving your full potential.

Below is a list of some of the most common treatments used to effectively relieve anxiety.

Medications are some of the most commonly used treatments for anxiety as they are known to be safe and effective. These generally require a prescription from a doctor and will be given to a patient for both short-term and long-term use.

Today, the most frequently prescribed medications for anxiety are known as SSRIs and SNRIs.

Selective Serotonin Reuptake Inhibitors (SSRIs)
SSRIs are the most common prescription level antidepressants and have been shown to effectively treat persistent anxiety. These work by increasing the serotonin levels, often referred to as the happiness chemical, in the brain. They are generally considered to be a safe medication, as they have low instances of side effects and most patients don’t develop a dependency on them. Examples of SSRIs include Celexa, Prozac, and Zoloft.

Though most people are able to tolerate SSRIs without issue, some side effects can occur, including:

Serotonin-Norepinephrine Reuptake Inhibitors (SNRIs)
SNRIs are another medication commonly prescribed to treat anxiety. These medications have been shown to be effective in limiting anxiety by increasing the levels of serotonin and norepinephrine, known as the alertness chemical, in the brain. Examples of SNRIs include Cymbalta, Pristiq, and Fetzima.

Similar to SSRIs, SNRIs are considered to be relatively safe medications. They are known to carry some possible side effects, though most are minor and many patients use them without experiencing any at all. Common side effects can include:

While some patients benefit from an SSRI medication, others SNRIs to be more effective. Your doctor will help you to determine which medication is the best for you.

Benzodiazepines
Benzodiazepines, often referred to as benzos, are a class of medications primarily used to treat anxiety conditions. However, they’re also used to treat seizures, depression, and insomnia. They work by affecting the neurotransmitters in the brain that control chemical levels, though the exact way they work is unknown. Examples of benzos include Valium, Ativan, and Xanax.

Though proven to be effective in treating anxiety, benzos also have a greater dependency level than other medications. Therefore, they’re generally only recommended for short-term use. These medications also do come with a risk of side effects, including:

Though SSRIs, SNRIs, and benzodiazepines are the most commonly prescribed medications for anxiety, there are other medications that can be used.

Beta-Blockers
Beta-blockers, such as propranolol, are a type of medication traditionally used to treat heart and blood pressure conditions. But research has shown them to also be effective in treating anxiety, specifically performance anxiety. Beta blockers work by blocking the body’s physical response to epinephrine, known as adrenaline.

Most people using beta-blockers to treat performance anxiety don’t experience side effects; however, some people have reported experiencing:

Monoamine Oxidase Inhibitors (MAOIs)
MAOIs were the first class of antidepressants released. Though they’ve largely been replaced by other medications considered more effective, they are still sometimes prescribed to patients who may benefit from them. Examples of MAOIs include Marplan, Nardil, Emsam, and Parnate.

Similar to SSRIs and SNRIs, MAOIs work by altering the levels of chemicals in the brain. Specifically, they prevent an enzyme known as monoamine oxidase as well as other chemicals such as norepinephrine, serotonin, and dopamine from being removed from the brain.

One of the biggest drawbacks to MOAIs is that side effects can be common, including:

Those using tricyclic antidepressants for anxiety sometimes report the following side effects:

Gabapentin
Though primarily used to control seizures, Gabapentin is sometimes used to treat anxiety. Generally, this medication will only be recommended for people who haven’t found success with other medications or whose anxiety is accompanied by other afflictions, such as bipolar disorder.

Most people are able to take Gabapentin without experiencing side effects, though some may include:

Pregabalin
Pregabalin is most often used to treat pain that’s the result of fibromyalgia. However, similar to Gabapentin, there is evidence that suggests it can be effective in the treatment of anxiety as well. It’s unlikely that a doctor would prescribe Pregabalin without first trying a more common anxiety medication, such as SSRIs or SNRIs. An example of pregabalin includes Lyrica.

Atypical Antipsychotics
Though typically used to treat more severe mental illnesses such as schizophrenia, atypical antipsychotics are sometimes used to treat anxiety. Similar to other drugs, they work by changing the chemical levels in the brain; specifically, blocking the brain’s dopamine D2 receptors. They may be recommended to people who haven’t found success using more common medications.

Common side effects can include:

With long-term use, these medications can also cause more serious side effects. Therefore, they are generally only recommended for short-term use and at a low dose.

Though medication is commonly used to treat anxiety in both short term and long term cases, there are many non-medicinal treatments available as well. These can include therapies, mindfulness training, self-care and more. Many of these are viewed as strong long-term practices and are recommended instead of or in addition to medication.

Typical CBT exercises include journaling, record-keeping, and researching. Another common exercise is known as scripting, where the person completes a written script of the worst case scenario of what’s causing them stress. This exercise is often used to show a person that even if their worst fears come true, they’ll be able to find a way to manage it and be ok.

Visualization is another common CBT exercise as it teaches a person to reflect on their feelings and become more comfortable experiencing negative emotions. A typical exercise will ask the person to think back to a recent bad memory and assess the situation as well as the feelings produced by the situation. This can help the person learn to reduce avoidance and become more comfortable managing negative feelings.

CBT is largely seen as an effective treatment; however, it does require time and commitment from the person in order to provide results.

Exposure Therapy
Exposure therapy, a type of CBT, is the practice of exposing a person to the source of their anxiety. It’s generally done in small steps, over time, and at a variety of degrees. Over time, the person learns to feel less afraid, nervous, or anxious in response to the source.

Exposure therapy is largely considered an effective line of treatment for anxiety and has also been shown to treat phobias and PTSD. One of the biggest benefits to people undergoing exposure therapy is that it’s done in a safe environment that allows them to slowly become more comfortable over time. Additionally, they are taught relaxation and coping techniques that they can use long-term to address new stressors that come up in their lives.

Though proven to be an effective approach, results from exposure therapy can be somewhat limited as some people report that their symptoms eventually return after some time has passed. Therefore, it’s often recommended that exposure therapy is used along with another treatment option.

Acceptance and Commitment Therapy (ACT)
Acceptance and commitment therapy (ACT) is a form of mindfulness that teaches a person to be more accepting of themselves and their natural reactions. It’s largely focused on teaching a person to reduce avoidance, the choice to not deal with feelings or a situation, and emphasizes action.

The main focuses of ACT include:

A: Accept your reactions and be present
C: Choose a valued direction
T: Take action

Though proven to be helpful in managing anxiety, the benefits of ACT can sometimes be limited, with some people finding they need additional treatment options.

Dialectical Behavioral Therapy (DBT)
Dialectical behavioral therapy combines techniques used in CBT and pairs it with methods used in Eastern meditation. The premise of DBT is to promote balance; rather than an either-or approach, patients are taught to use a both-and mindset when approaching stressful situations. DBT focuses on:

DBT has been shown as an effective method for people experiencing anxiety and can help them better regulate their emotions and communicate their feelings.

Interpersonal Therapy (IPT)
Originally developed to help treat depression, IPT has also shown to be an effective option for reducing anxiety. It focuses on events in a person’s life that have caused them to experience feelings of stress and anxiety. This is a short-term treatment option, with most people going through 6-20 sessions.

Techniques taught in IPT include communication analysis and role-playing.

Eye Movement Desensitization and Reprocessing (EMDR)
A newer form of therapy, EMDR works to help a person view a stressor in a less stressful way. It “uses a
patient’s own rapid, rhythmic eye movements. These eye movements dampen the power of emotionally charged memories of past traumatic events”.

Self-Care
Self-care is exactly what it sounds like; it’s the practice of taking care of oneself, incorporating healthy habits such as exercise, nutrition, and sleep into everyday life. Though it sounds basic, self-care is all too often neglected. And it’s an important baseline for keeping stress and anxiety at bay and from becoming overwhelming.

Self-care may include mindfulness techniques as well. Yoga, journaling, and meditation are all common practices recommended in self-care. But self-care is completely customizable and it’s up to the individual to choose what helps them the most.

Anxiety is a part of life. But when it becomes persistent and overwhelming, it may be time to seek help. Seeking help to reduce negative symptoms and learn to cope with emotions is a step that’s imperative towards getting the most out of your future. 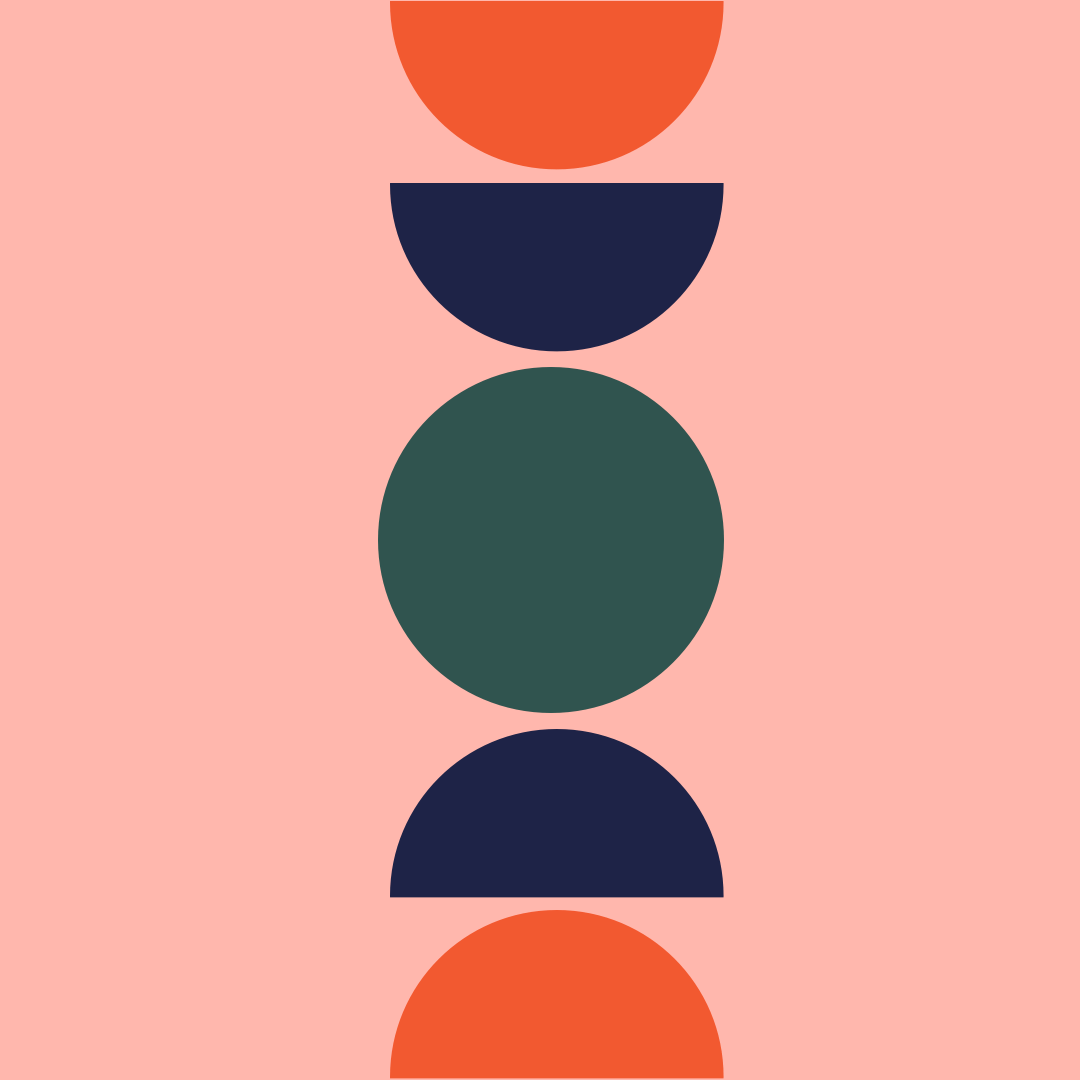 12 Public Speaking Tips For Nailing Your Next Presentation

June 29 2021
Regardless of how much experience you have, the fear of public speaking can feel defeating. Give these 12 tips a try and nail your next big presentation. ... 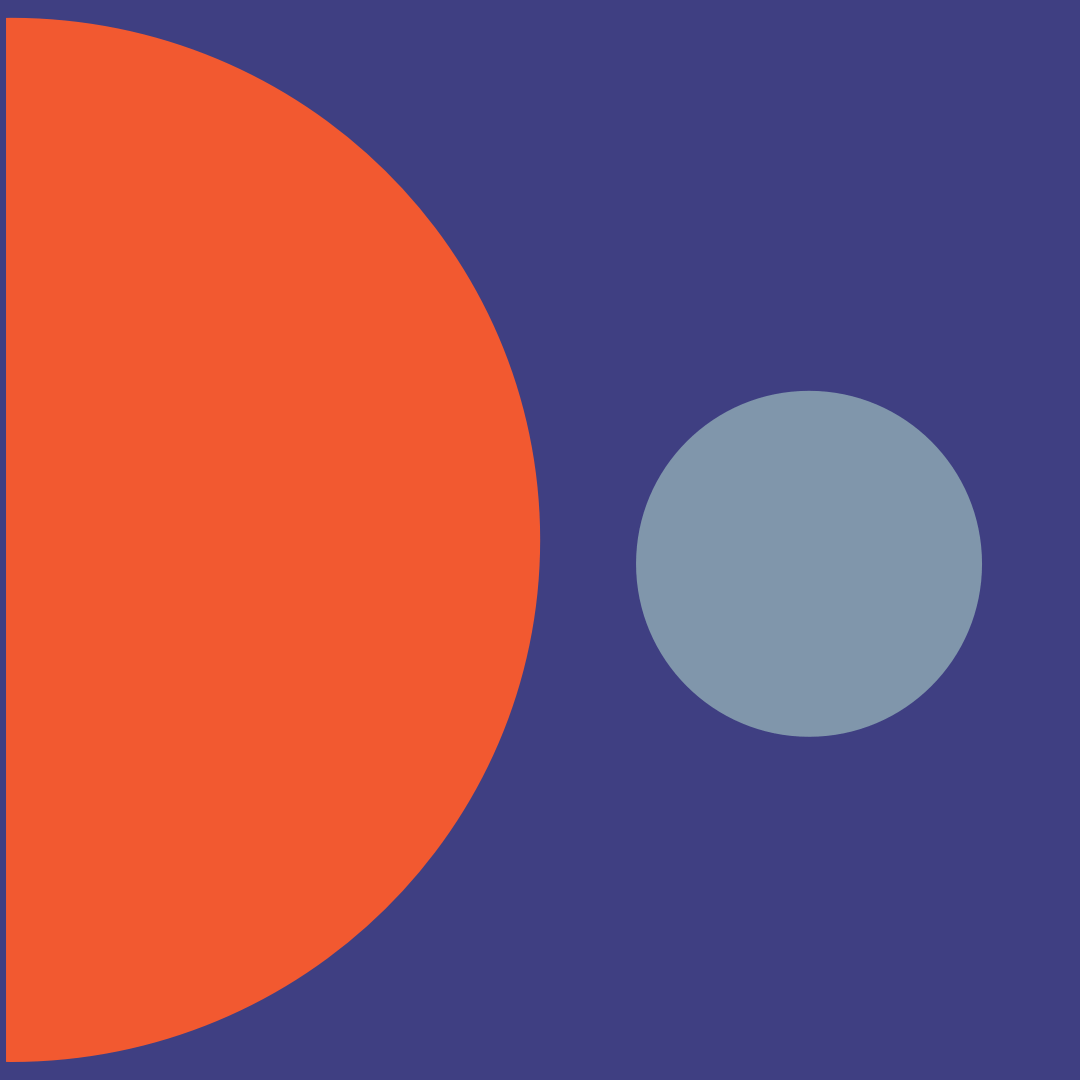 The Differences Between GAD, Performance Anxiety, And Social Anxiety 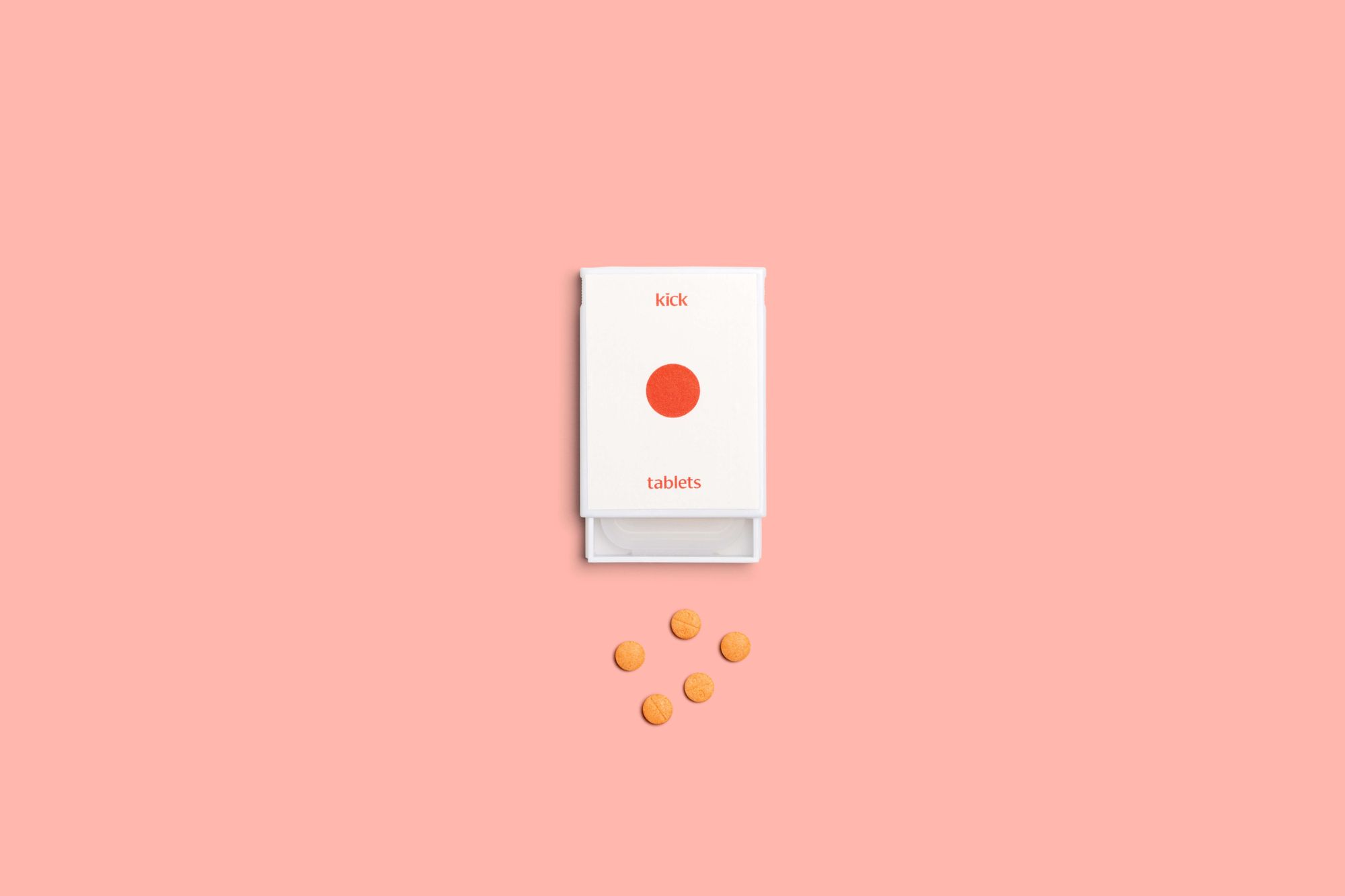 January 24 2019
Your heart is racing, palms sweating, your cheeks reddening. Over and over again, you silently repeat to yourself: ...